Have you been listening to the “mind chatter” so much lately that it is blocking you from moving forward in work and relationships? Is it all feeling soooooo serious lately? Then join storyteller and coach Doug Motel in this live, personal growth event that will give you a new sense of power and effectiveness for visualizing, creating and attracting the next steps in your life while keeping a sense of humor. The 4-hour workshop consists of a performance of Doug’s highly acclaimed solo-play MIND SALAD followed by interactive writing and drawing exercises, paired sharing, improvisation games, meditation and experiential exercises all in a lively and fun-filled environment.

Part I: The Performance

“At once uproariously funny and poignant”
-VARIETY

Mind Salad is the story of Mick Calendar a struggling London screenwriter who moves to Hollywood in the hope of escaping from the constantly jabbering critic who lives in his mind.

Through this funny and moving solo play, Mick relives for us the horror of how the ego can drag people from one obsession to the next to find relief from the chatter of a noisy brain.

At turns hilarious and even frightening, Mind Salad is a tour-de-force where Doug plays over a dozen characters, many times switching back and forth with lightning speed as they argue with each other.

Our most inspired ideas and healing come when we are “in the moment,” but how do we access and utilize the power of the present?

After Doug’s performance, participants will have first-hand experience – as a group and individually – of the very source of their creativity. 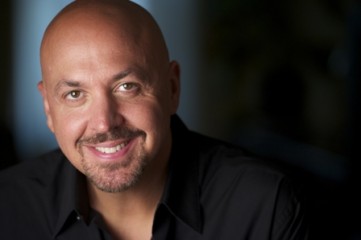